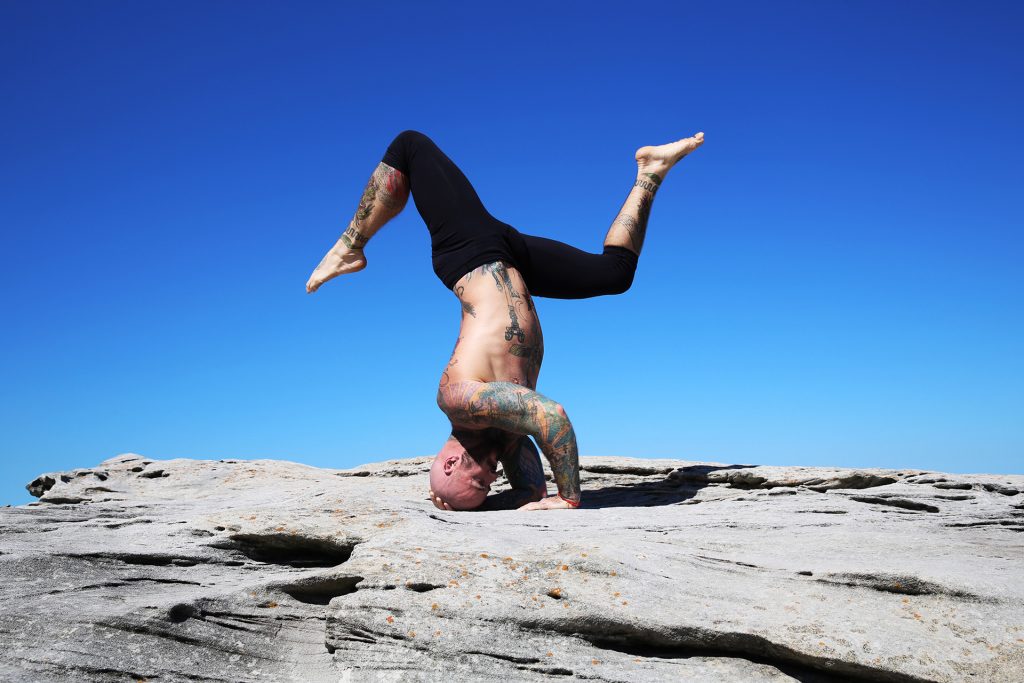 The questions could go on and on… and on. Yes, a yogi is apparently “one that does yoga” but what does that even mean? Surely these questions and categorisations are ludicrous? Yoga classes are filled with throw away lines and I know I’ve heard some very weird stuff come out of teachers mouths over the years. I think we now need to be accountable for our words, because people are listening. 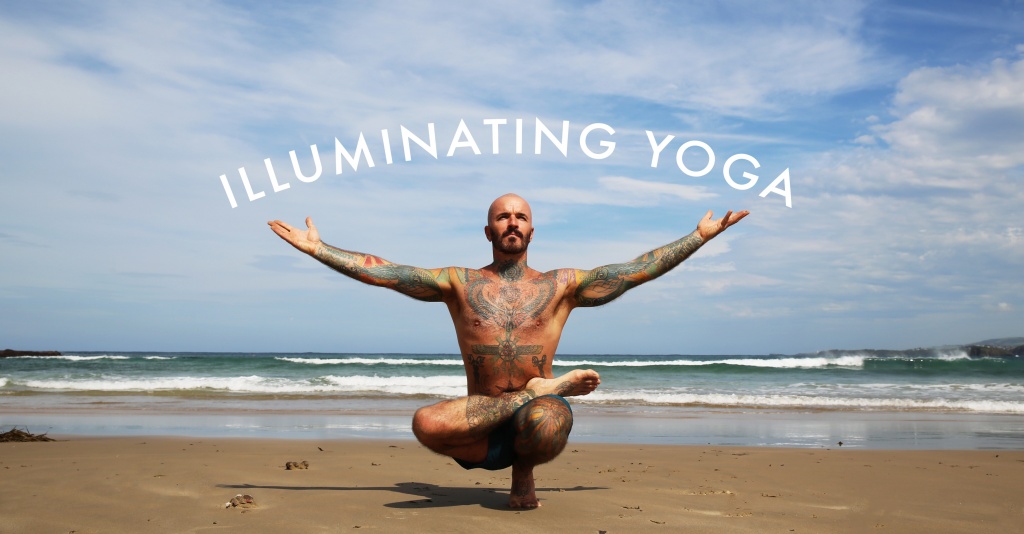 This blog post may stir up some opinions from other people, and it may even put me even further out of the flow of current popular opinion, but I am not one who bothers about such things anyway.

My students know me for my no-nonsense approach to teaching. I say what I mean, I say it with heart and I keep my personal opinions out of the classroom. I will teach you how to move, breathe and become stronger, probably more flexible and maybe inspire you to search for your own deeper truths, you might even help me search for mine… but why don’t I chant names to Hindu gods as a “Yoga teacher”?

This has come up recently and its something that I have experienced for many years, and it’s time I shared my thoughts on it. This is my personal opinion and I’m not saying it’s right or wrong, better or less than anyone else’s opinion. I just like to question everything I’ve ever been told to believe, disbelieve or things I’ve been taught.

I am in a continual process of remembering. 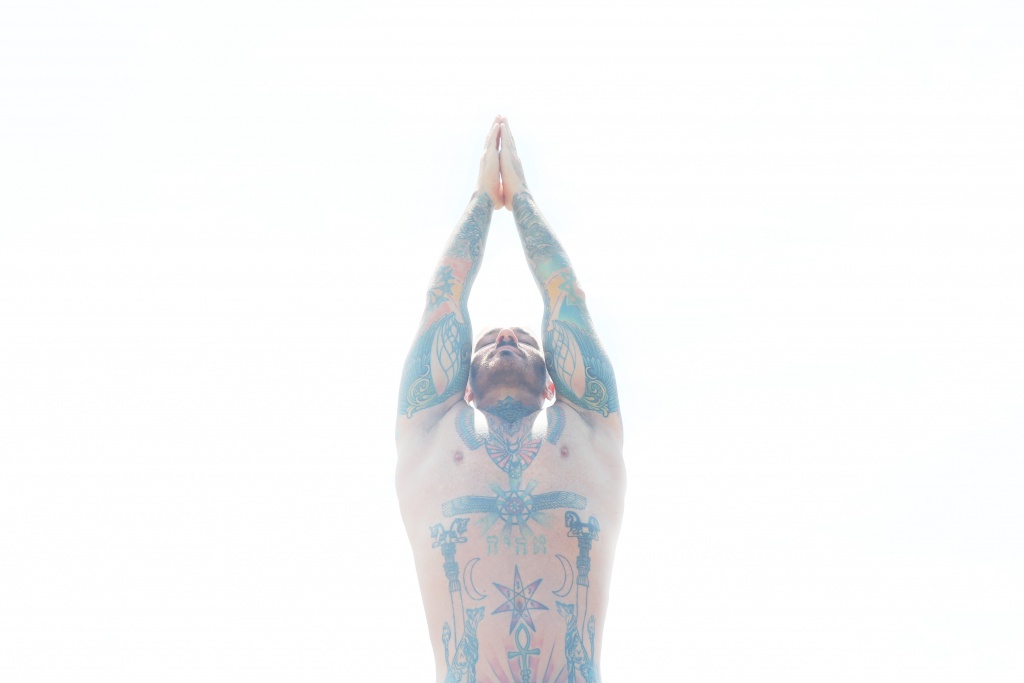 Many years ago on my first trip to India to attend a 200 hour teacher training, it was part of our syllabus to end every evening with chanting various traditional Hindu mantra such as the “Govinda jaya jaya, Shambho Mahadeva and Radhe Govinda” mantras (you get the idea). I was a little uncomfortable because I am not a practicing Hindu and nor do I follow any particular religion. I do not worship and the words felt like they had no meaning to me. I had heard of the names of the deities before but who and what are they to me as a guy that grew up in the suburbs of Sydney with a predominantly Irish and English heritage? For me, it’s the same as walking into a group of Christians that are singing hymns from the bible, or Muslims chanting verses from the Quran, Buddhists chanting to Buddha or any other religious cult that has their own ideas about who or how to worship. It’s just not me.

I’ve never been one to follow the masses I guess. 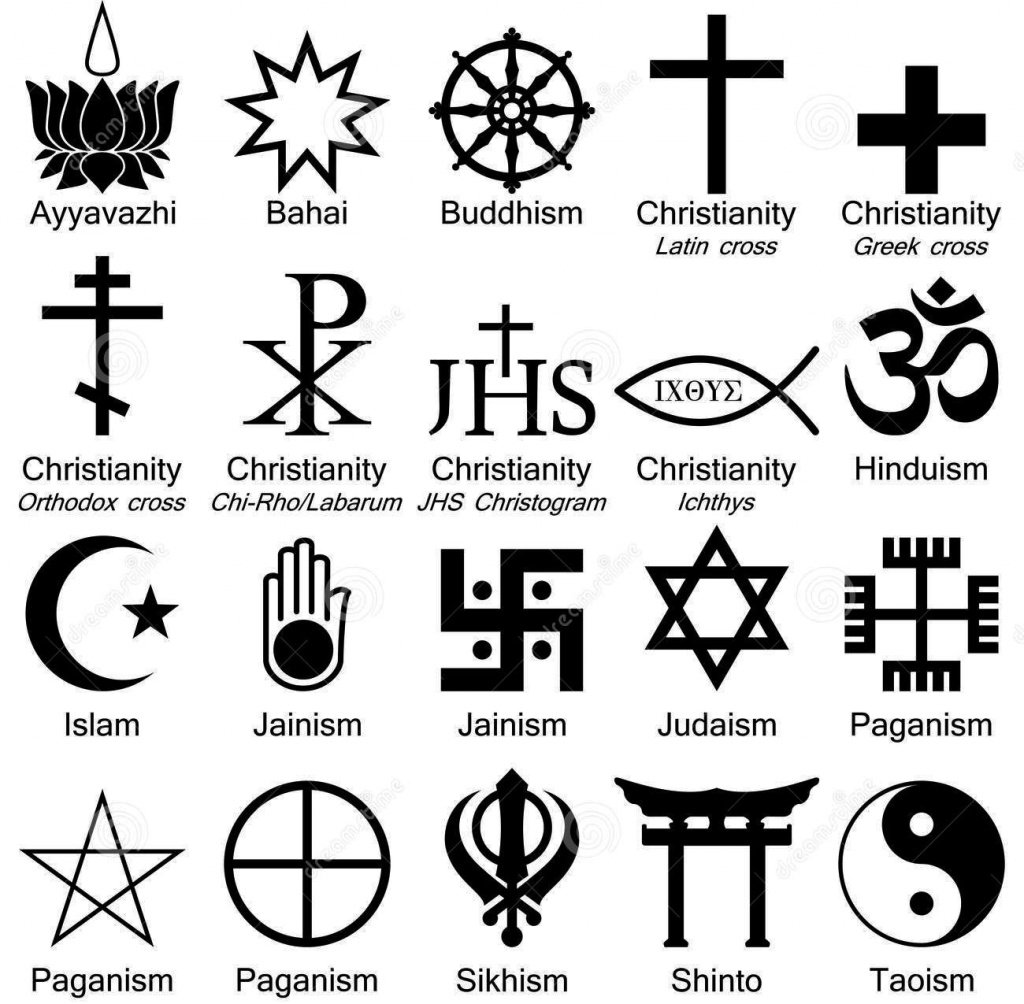 After a couple of awkward chanting sessions with my fellow students from all over the world I approached my teacher and explained that for me, not being a Hindu meant that the words felt empty, and if I did not really believe in what I was singing then maybe I shouldn’t do it. He said to me that the chanting aspect of our training was more for a congenial atmosphere and a way to finish the days studies with some lightness and connection to community. He understood where I was coming from and I completely understood his intent, so I continued my evening chants for the month like a good student and didn’t think too much else about my discomfort. Sound is vibration and therefor has an effect, I understand that. But, this has simmered below the surface for some time now and seeing and hearing many people jump on the bandwagon of yoga and pseudo spirituality unsettles me because one of us is missing the point. Is it me?

I’ve been into many temples over the world, witnessed beautiful moments and honoured life in my own way. But, I’ve always felt like an outsider in all of those temples, a watcher and never a devotee. I’ve also been in many yoga classes and kirtan where people are mumbling along with chants they don’t know the words to and are repeating it blindly without really knowing what they do. Dressed in the latest gear, adorned in the beads and symbols and happy enough to chant to gods they may know little about. 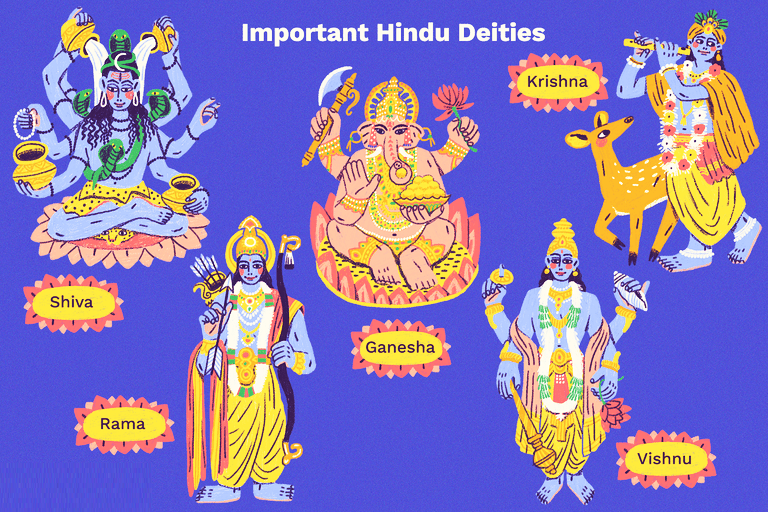 People flaunt their spirituality on social media with their latest meals, outfits and fancy yoga poses, and I get it, I have a social media account with lots of pretty yoga pictures and wise quotes from wise people, but I don’t preach or pretend to be anything other than myself and now I have woken up,  again.  I can’t sit on a pedestal draped in beads or fancy cloth and sing chants to something I don’t believe in. I can’t pretend.

The more I learn about yoga, the more I realise its less about being “out there” on social media and more about being on my personal inner journey of illumination. To not be trapped by societal stereotyping of which we are constantly bombarded. To not sing words that are empty to me. It’s not about me singing anything and really not about me at all. My classes are about you and that’s the difference. I’ve sung my songs to the trees and seas and I have called out the names of many gods over my time, but now I know I can’t un-know. I do however run retreats and teacher trainings all over the world so I need to be “out there” in order for people to find me.  It’s advertising in a way, and so are blogs, signs, podcasts, opinions, books or anything really. 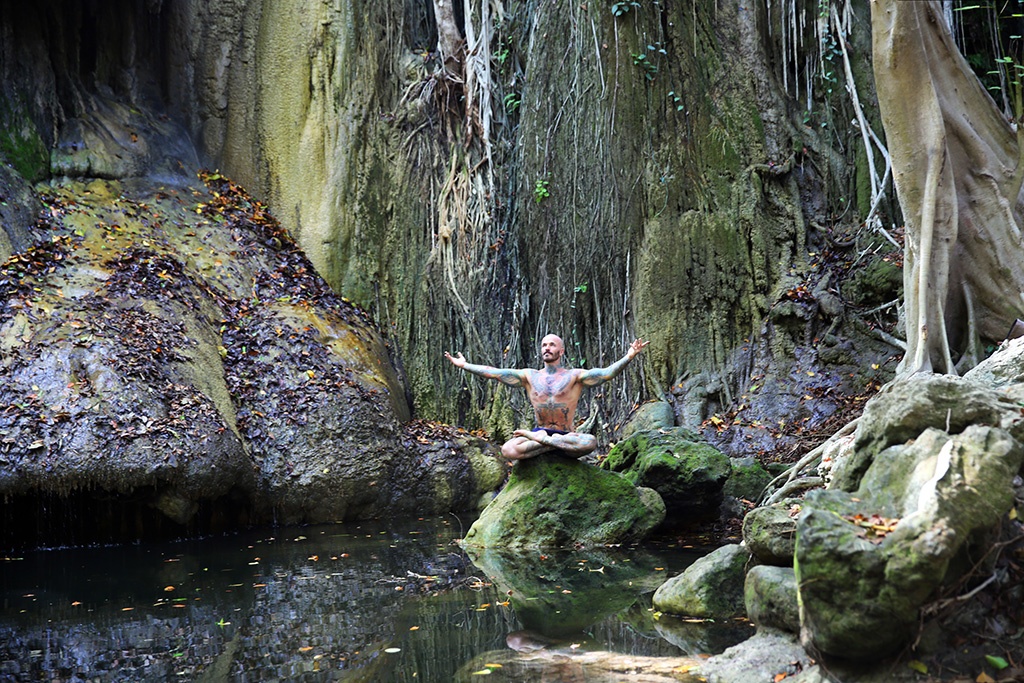 As a teacher of movement now for twenty years and someone that likes to honour traditions, I have dived into various texts and attempted to understand the philosophy within the practice of yoga. I even teach various sanskrit chants in my 200 hour teacher training. The “asatoma mantra” is a song of peace and has little to do with religion, so that is in my syllabus, amongst others. Sanskrit is a beautiful language and filled with layers of meaning, and learning the roots of the language of yoga is important to share to aspiring teachers and students. Learning the roots of any language is important. There is much power in words.

The tree which is yoga which has some beautiful philosophies, the “Eight limbs of yoga” and the “Yoga Sutras of Patanjali” are great to contemplate and are relevant even in society today. (Ever heard of Bramacharya anyone?) There is so much to dive into, many mysteries to explore and Hindu philosophy and the origins of yoga are no exception. But, I read and hear it often how “all gods are one god” and “we are all one” or “aspects of the one”, but what does this really mean? Do we just lump together everyone and everything into a big box and label it “One”? Surely not. Where is the uniqueness and individuality in a watered down label that categorises people or objects as things and puts them together in a box?

All gods are definitely not one. What even are gods? I have learned that we personify weather and give it names, we anthropomorphise animals, objects, behaviours or the idea of gods and give them the attribution of human characteristics. I’m sure we can recognise ourselves in all stories and mythologies and maybe thats the point (if there ever is a point), but with a Celtic ancestry maybe I could be diving down those depths instead? Would that make me feel any different reading about other gods? Probably not. It’s all delusions, regurgitated information and academic opinions. This god is the god of love, or this goddess is the goddess of the dance, this god is the creator, this god is the destroyer etc, etc. What does that even mean to seperate everything as such? Isn’t yoga union? Can yoga or anything for that matter be summed up with one word? If we dive deeper, then there could be an undercurrent of meaning to be hunted. 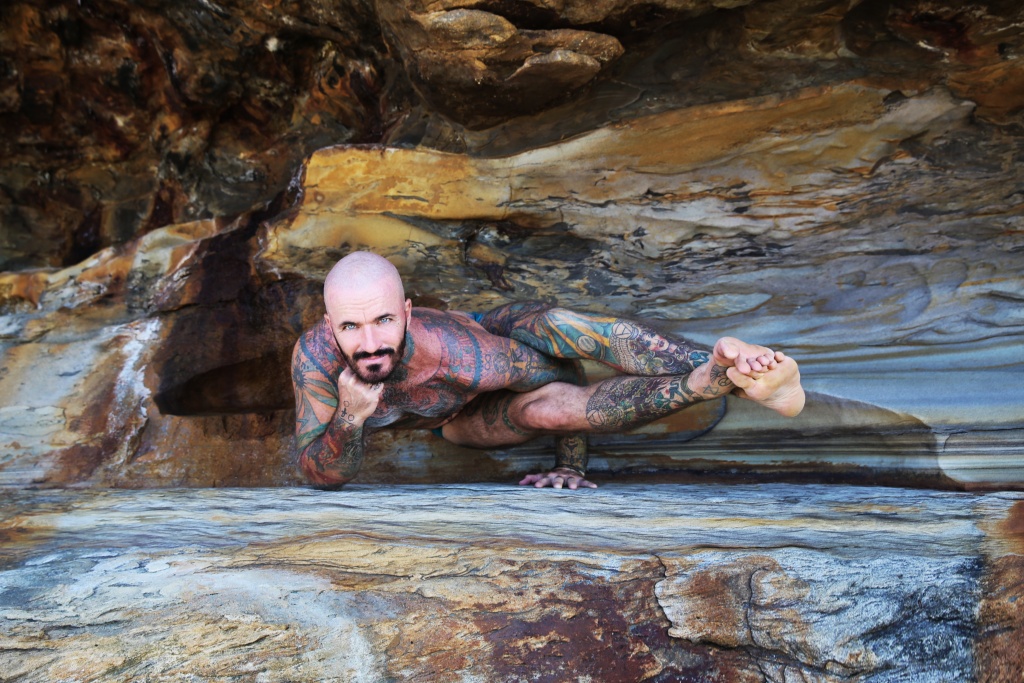 In my opinion gods don’t have names or genders or races. They don’t have forms as such as we think. They could be river and rock, tree and soil, species of love and laughter and many possibilities of an “us” on a journey of forever. My friend Ly de Angeles and I often talk about a type of “god-consciousness delusion” and I do believe people are deluded and conditioned into an idea of life which is being sold to us by consumerism (that’s another story). I have always broken away from conditioning and found my own path and maybe you have also. Maybe that’s why you’re reading this.

I will not betray who I am and what I believe, so if you come to a class where I teach, you won’t here me singing praises to Shiva or Ganesh or anyone else for that matter. I will however teach you to move with intention and help release years of tension or frustration, I will honour you as part of my community and guide you on a moving meditation of breath and beauty. I will honour your uniqueness and love you for your courage at stepping into a class, onto a rubber mat and learning about yourself in a way you may never have before.

We are on this journey of transformation together. I’m a teacher. That is my path of least resistance. I’m a student of life as also are you. We can inspire each other, learn together and find beauty in our uniqueness.

Thank you for reading and being. 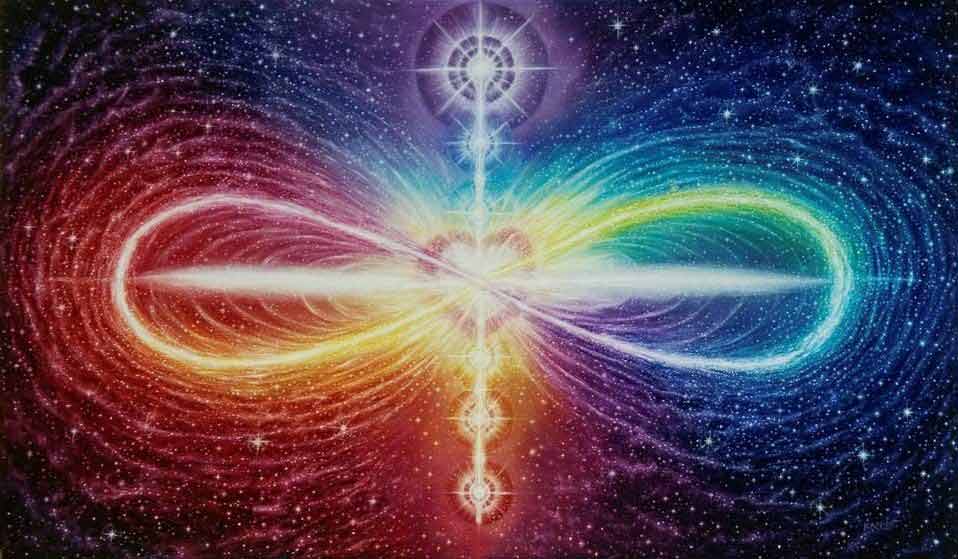 Keeping the flame of yoga alive